This had potential to go very badly. It was a "short notice job", he called me in the afternoon and we went on the job site in the morning. A customer hired us to get two punch presses out of a building and onto his truck. One punch press was small (12,000 lbs) and the other large (20,000 lbs).

The problem was that the large press was 11'5" tall and the step deck semi trailer was 3' tall, making it higher than a legal height. The press used power to be laid down and there was no power to lay it back. No electrician, this company works by the book and is not a DIY type of company like ours. We only hired an electrician once. They almost use electricians to change light bulbs.

It was the dreaded "LAST DAY TO GET YOUR STUFF OUT OF THE AUCTION SITE" situation. Anyway, this looks like it could become a botched moving job (not my fault, I did not select his semi trailer). At some point I realized a different solution. We proposed that we put the presses on my semi trucks, move them to me and them we load, at an additional fee of course.

As you can see it worked out great for everyone. 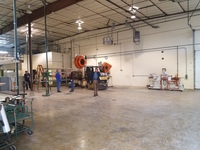 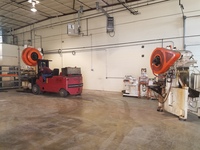 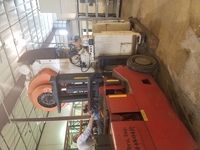 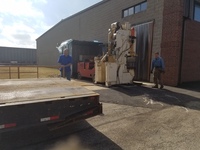 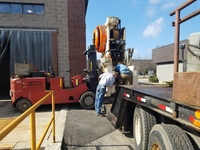 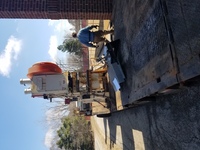 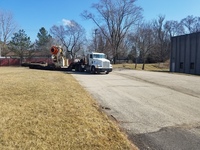 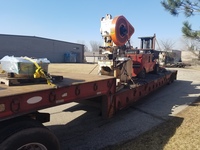 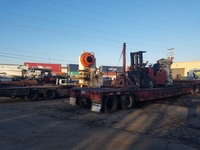