We have the capability to rig, transport and place OVERSIZE LOADS and this is one such example. One of our forklifts (60-80,000 lbs capacity forklift) is itself an oversize (overweight) object. Anyhow, this is an example of Elk Grove rigging that I keep on talking about. Two wood cutting machines were moved as one load, but the catch is that the load was 12' and thus oversize. The machines were very light, so no overweight issues, but they were HUGE.

We obtained both the Illinois state permits, as well as DuPage county permits. We generally have an ability to get such permits on a short notice. We run 100% legal, with permits, flashers, flags and so on. 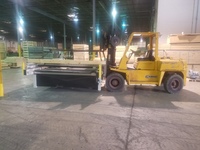 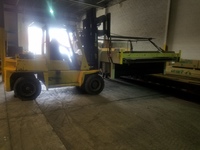 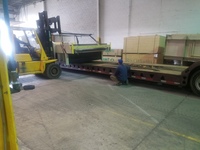 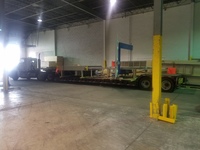 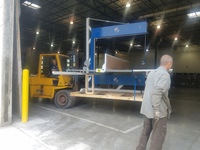 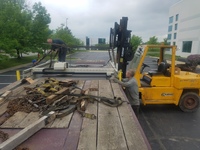 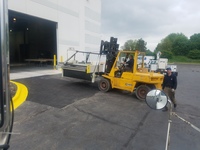